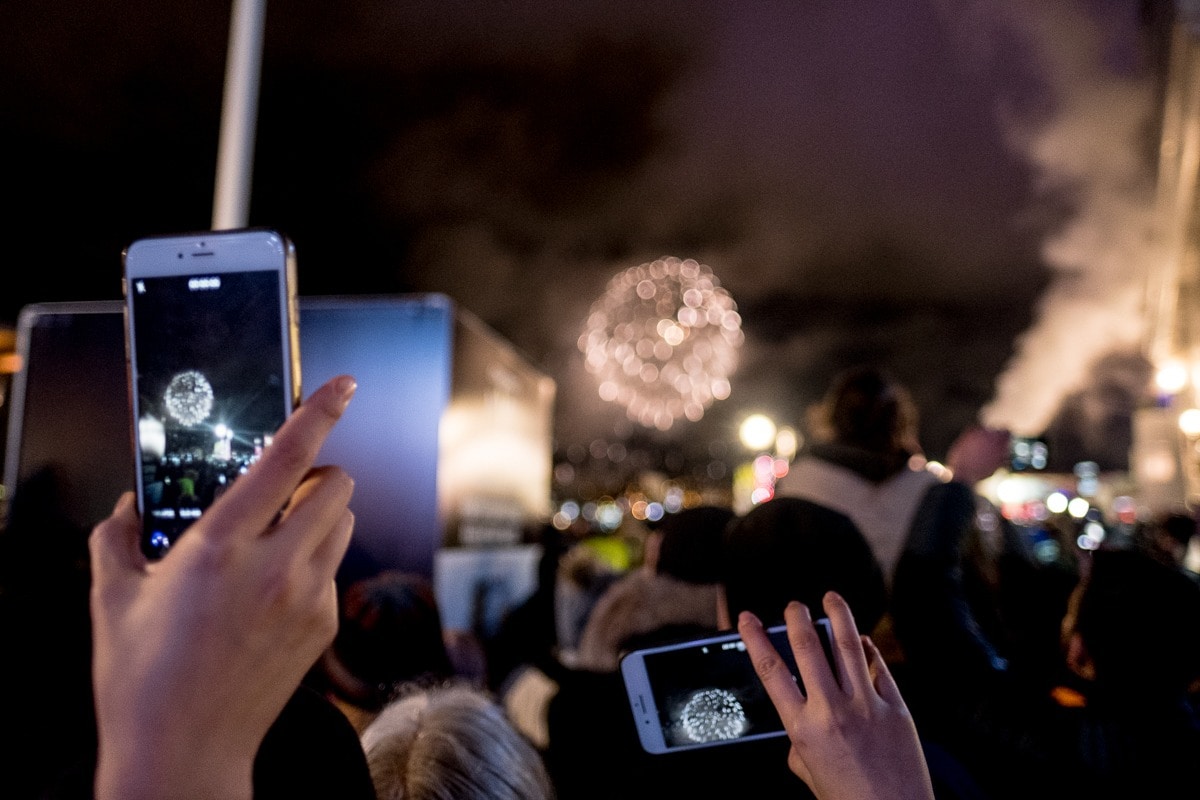 After Christmas in Montana we decided to head to Vancouver for Max’s birthday and New Year’s Eve. Thankfully, despite some travel issues, we got there in time for some wonderful birthday omakase at Masayoshi and birthday drinks at The Shameful Tiki.  Max’s birthday was full of pleasant surprises (like a sake maker and free ice skating) and old favorites (like Granville Island Brewing and an amazing pot pie), urban snow (thanks to Liberty Distillery for the shelter) and great music (somehow we saw three bands in three venues – the RainCity 6, Poor Boy Trio and the New Pornographers). We watched fireworks twice and celebrated the 150th anniversary of Canada. Congratulations, neighbor!

On New Year’s Day itself we decided we should be good Canadians and go to English Bay Beach for the 97th annual Polar Bear Swim, strictly as observers. Though when we got there, Kristan realized we were looking at a body of water she hadn’t put her feet in, so…. It couldn’t be helped and we warmed up by walking all the way around Stanley Park until we got to the train, which was celebrating its last festival night of the season. We decided we liked all the pretty lights and wanted more, so we spent the next afternoon at the Capilano Suspension Bridge park, where we slowly froze until it was dark enough to see all the lights and then took the ferry back to Vancouver and Vij’s Indian for some delicious spicy heat. By day three we’d all circumnavigated the city centre, so before we headed to the airport we took care of the last stretch. What a good New Year’s, eh?!