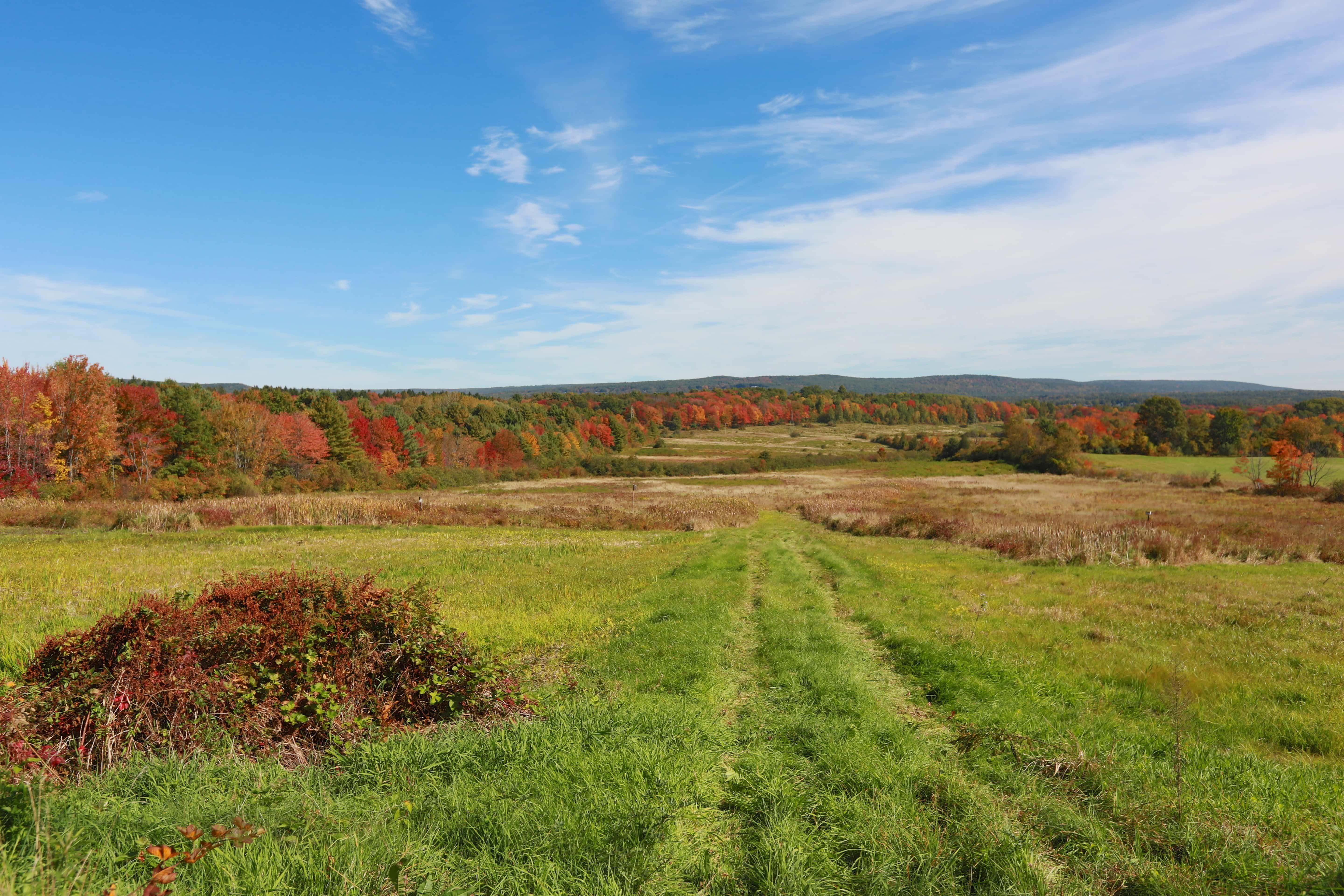 One of the trips on our travel bucket list has been New England to see the Fall colors. The stars aligned (mainly a well timed AirBNB rental and a AA travel promotion) and we were able to head back east during one of the peak weekends of the year.

We flew in to Hartford, Connecticut and were given the keys to a brand new Grand Caravan (upgraded from our compact, which turned out to be incredibly helpful for our camping gear). After a few errands in Hartford (including a fantastic liquor store, Harvest Wine, with a beer cave and over a dozen pumpkin beer varieties – we ended up with a few [our reviews here] and a bottle of rye for sitting around the campfire), we started on the road north.

Slightly sleep deprived, we started northwest through Massachusetts on our way to Vermont. We picked a half peck of apples at Hager’s Farm Market, tried cider doughnuts at Atkin’s Farm Market, and picked up a mandatory serving of maple candies. We finished the day at Jamaica State Park in Vermont with a lean-to camp site, which ended up being incredibly useful as it poured from 3-7am.

Day two – Vermont! The leaves here are just perfect, even if the weather is a bit overcast for our liking. We stopped at the beautiful Lake Pauline for some photos, found some photogenic cows, a swift waterfall, and had a near-perfect lunch at Long Trail Brewing. Our server Roy was everything you’d ever want a waiter to be. We rushed north to catch a tour at Ben &  Jerry’s before they closed for the night, and finished the day at a riverside private campground called Gold Brook. We planned to cook corn on our campfire, but were somewhat foiled by the lack of a grate on top. This resulted in some skewering, flaming, and burning much of the corn. But it was still delicious.

Day three – off to New Hampshire! We drove east towards Littleton and the White Mountain National Forest on another overcast day. We stumbled across a small, family-run cidery (?) called Blue Sky Acres. They were actually pressing the cider when we pulled up and invited us to watch as they bottled up some little bottles for us! It was some pretty fantastic cider. We continued into the White Mountains, a National Forest largely still open due to the major roadways throughout. Many of the main attractions were conveniently state run, including the awe-inspiring Flume Gorge. Most of the campgrounds were also conveniently privately run, meaning they hadn’t quite fully processed the government shutdown memo yet. Good for us! We stayed the night in a private cleaning amongst the trees at Big Rock Campground off the Kangamangus Highway. We pretty much perfected campfire cooking with a healthy serving of veggie pork & beans, beer mac & cheese, and a fire-roasted baked potato.

Day four – to Maine and Massachusetts. We continued through White Mountain National Forest, over the surprisingly cold mountain passes of 2000 feet. Our last minute planning took us to Portland, Maine in search of breweries, where we ended up at Sebago Brewing. Which was actually the hotel restaurant for the Hampton Inn. Awkward. We had a nice walk through Portland, found some much-needed espresso, and decided to forgo camping in the rain and head to Boston instead. Driving a minivan throughout dark, rainy and incredibly confusing streets was tons of fun for Kristan, but we made it to both Basho for sushi and our last-minute hotel, the Hotel Veritas. Both were lovely.

Day five – Cambridge. We had time to kill before our afternoon flight and walked throughout Cambridge and Harvard. Lots of cute shops, decent coffee, beautiful buildings, and more signs of the government shutdown (no Longfellow house for us).

All in all a great trip!