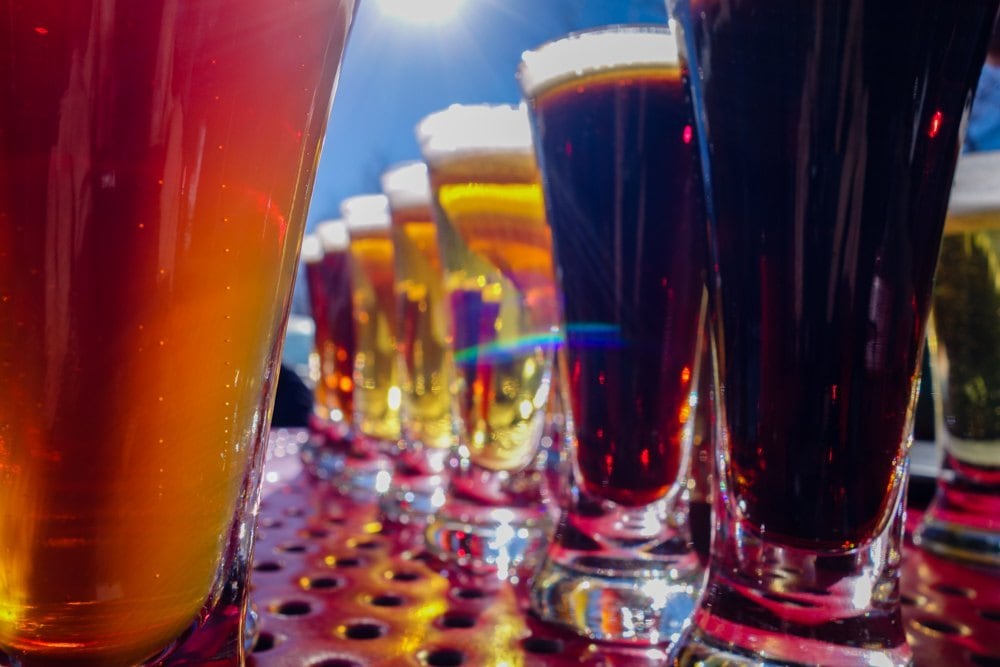 We’ve been pestering Elisse & Scott about going on another trip with us (since Cancun was so much fun) and finally we sat them down for a detailed formal presentation of their three options. MESK Travel Co. had three suggested itineraries, including diving somewhere warm again, (for something completely different) going to Iceland, and (for something easy) going on a beer tour in the vicinity of Denver. We’re not sure if it was the ease or the beer that drew them, but pretty soon after we were on a plane on our way to the great state of COLOBEERADO.

We met up with Scott’s brother Jeff and his girlfriend Michelle and piled in the car…. In Fort Collins we hit New Belgium Brewery (loved their sours), Odell Brewing Company, and Equinox Brewing (our attempt to read each beer’s description in the accent of the country the style originated in failed/wildly succeeded once we got to the Scotch ale and decided to read all the rest as Sean Connery. We spent the night in Golden and drank at Mountain Toad Brewing (while thumbing our noses at the glow from Coors). The next morning we started with a less alcoholic approach to life by taking the tea tour at Celestial Seasonings in Boulder. It was super cool but it was all a ploy to kill time until Avery Brewing Company opened. (Their lilikoi witbier officially became Kristan’s favorite beer, ever). Heading back to Denver to fly home, we hit Breckenridge Colorado Craft, River North Brewery, and the Great Divide Brewing Co.

The final count: we tasted 120 beers at 8 breweries and 2 restaurants. Ooof!