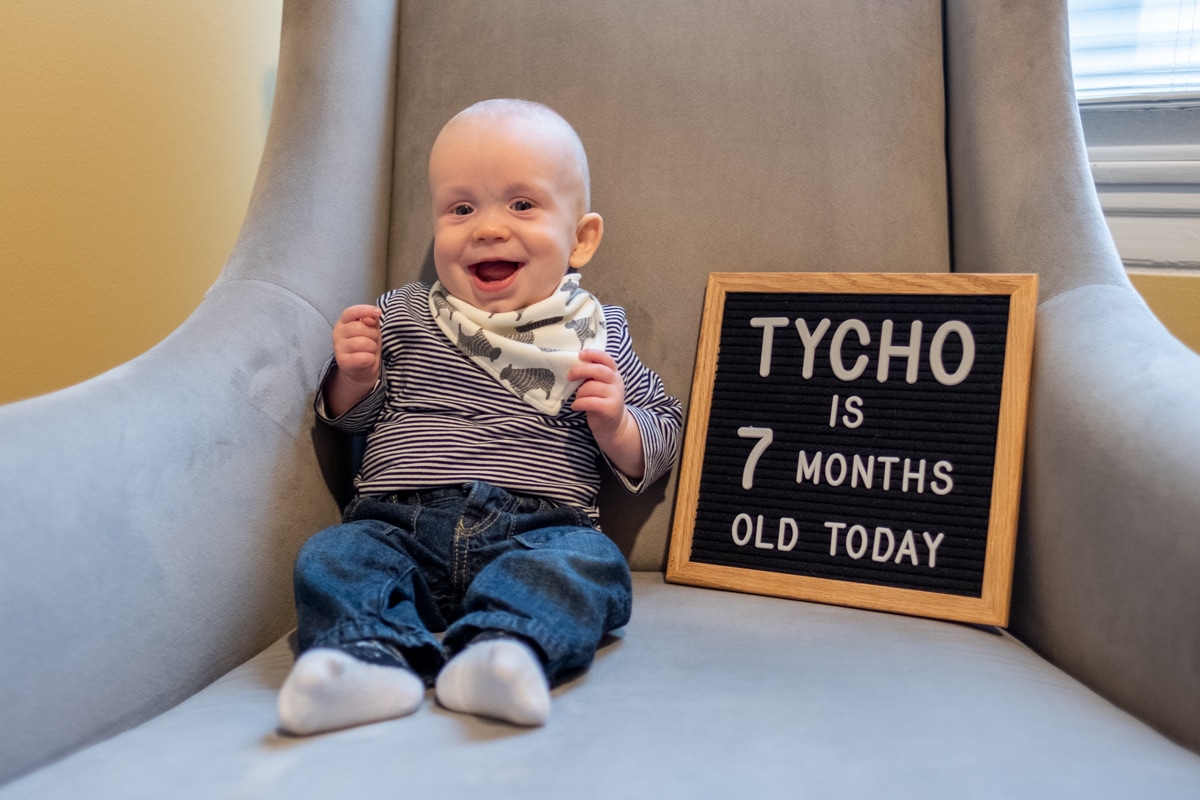 What a whirlwind of a month, and not just from a lack of sleep! (Though we actually got some this month. Hurrah!) We went to Hawaii, had a chill Christmas at home with the Sartor fam, and celebrated Dad’s birthday and New Year’s with some of our favorite people. Plus, parenting!

We’ve started Tycho on solids with baby-led feeding, which he is totally loving. We experimented with by the clock naps but have settled for general time ranges depending on when he wakes up, which is a bit inconsistent because he keeps magically going back to sleep until 8:30am or so after his morning feed and really who’s going to fight that…. We’re also slowly getting better at waiting long enough to let him put himself back to sleep without nursing at night and even entertaining the idea of moving him into his own room.

And last minute breaking news!! Down to the wire, but after two weeks of swollen gums Tycho’s first tooth started cutting through just before he turns 7 months.

News this month: Tycho had his very first avocado on December 23rd! He gained half a pound while we were in Hawaii and another after, for a whole pound in only 19 days. He is filling out! (It’s all the avocado.) We keep seeing him scoot, plank and get on hands and knees out of the corners of our eyes, but if we look at him directly he won’t do it… which is how he ended up under the couch when we weren’t looking. It’s his new favorite place, because it’s happened three times now. Lastly, did we mention that tooth?

baby's first corn mushcake stealercalifornia babyfujixpro2getting bigger all the timeiphoneit's not corn mush until we go to chevy'smilk monsteron the 7th month of Tycho, his true love have to him... 7 avocados, 6 sweet potatoes, 5 golden 'nanas, 4 peanut puffs, 3 baked apples, 2 poached pears, and some oatmeal in an avocado treepixel3seriously he eats all the avocadosleep sleep sleepthe stroller is our friendthis couch is hereby known as fort tychothis is your baby's poop on solidstotal teethingTycho levels upTYCHO THE DESTROYERwe should probably plant an avocado treeweeping angelwell this tag habit has clearly gotten out of hand
Comments