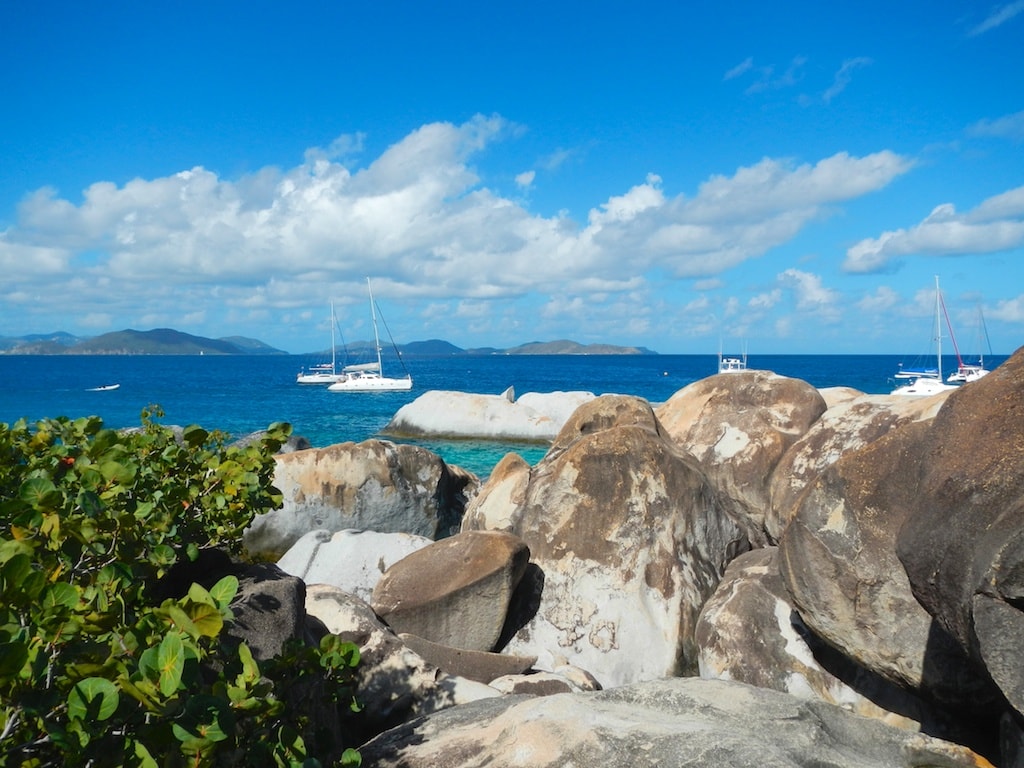 Our first real vacation together was the BVI with Gail way back in 2007 and it was such a blast that whenever we have a chance to go back we seize it immediately! This time around we met Gail at the marina and decided to sail around just the three of us for a couple of days until Darryl arrived…. It seemed like a great idea until we cleared the protected area and saw the squall awaiting us! We scuttled back to the marina and hung out at the cute restaurant instead.

When we finally got our Darryl on board, everything was still so choppy that we just motored over to Virgin Gorda instead of sailing. We ended up spending the week relaxing and revisiting a few favorites – the Baths (where we put our newfound rock climbing skills to good use and clambered all over the rocks) and the HMS Rhone (where Max went scuba diving and the rest of us surprised him by sailing the boat to the day use moorings at the wreck site). Kristan was super excited because the wreck is shallow enough that it’s easy to see as a snorkeler, so she got to do the Rhone at the same time as Max!