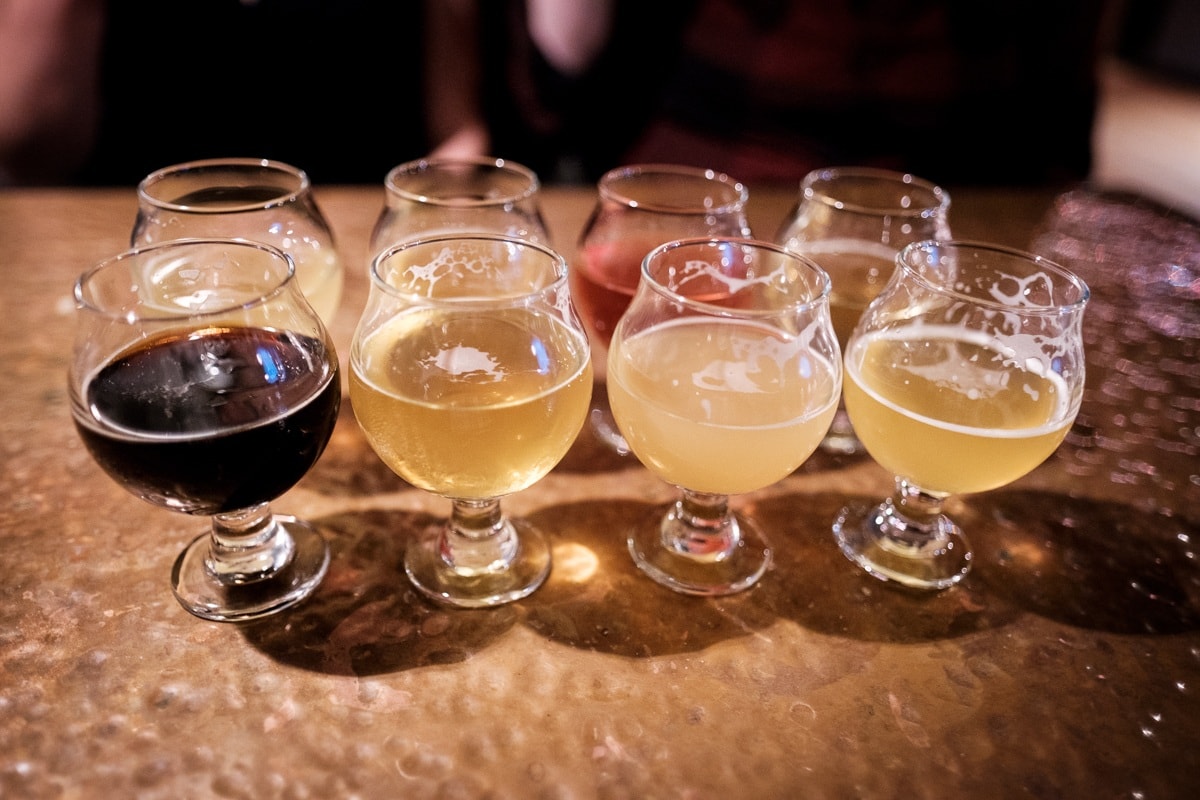 San Francisco Beer Week is a whirlwind of beer, food, and other adventures that’s been happening for the past nine years. We make a point of trying to go to at least one event every year, even if that’s just wandering over to the Belgian place five minutes away that nobody ever seems to know about and sneaking in a sour away from the crowds. (Because, truly, Beer Week events can be completely, utterly packed.) This year we decided to give it our all by actually RSVPing for a paid event at the start of the week and then curating a list of events that would be easy to get to, even if they weren’t easy to get into. The fact that we got started three days early with Cellarmaker’s first Beer Week (pre-)release is a pretty good indicator of how much we went for it….

We properly kicked things off with a Full Moon Magnolia Walk at the San Francisco Botanical Gardens, something we’ve wanted to do for years and what better time to do it than with Fort Point? We had a blast making friends with the folks from the brewery and exploring the gardens in the dark. The next day we had a surprise visit from Kristan’s dad, so of course we had to do a mini-Mission beer crawl – the first of four as it turned out! Beer Crawl #2 was Valentine’s Day, with sours at the Sycamore (including a pumpkin sour from Cascade!), cheese and Modern Times at Mission Cheese (Max’s agreement to this is basically the best present he could give Kristan), more cheese and beer and chocolate at Amnesia, and to top everything off, we even managed some special Russian River beers at Pi Bar.

Beer Crawl #3 was with Laura, to check out some East Bay beers at Old Devil Moon, sours from the Bruery at Old Bus Tavern, and some Quebec craft beers with poutine at Rosamunde. Last but not least, Beer Crawl #4 -Fort Point at the 1st St Terrace with Elisse, then also Scott for all of the Gose Gone Wild options at the Sycamore and Allagash at Pi Bar, where, alas, we had to have one of everything too.

Some of our most notable beers this year included…

After 50+ beers over five different days, though, we finally had to call it quits for SF Beer Week 2017.