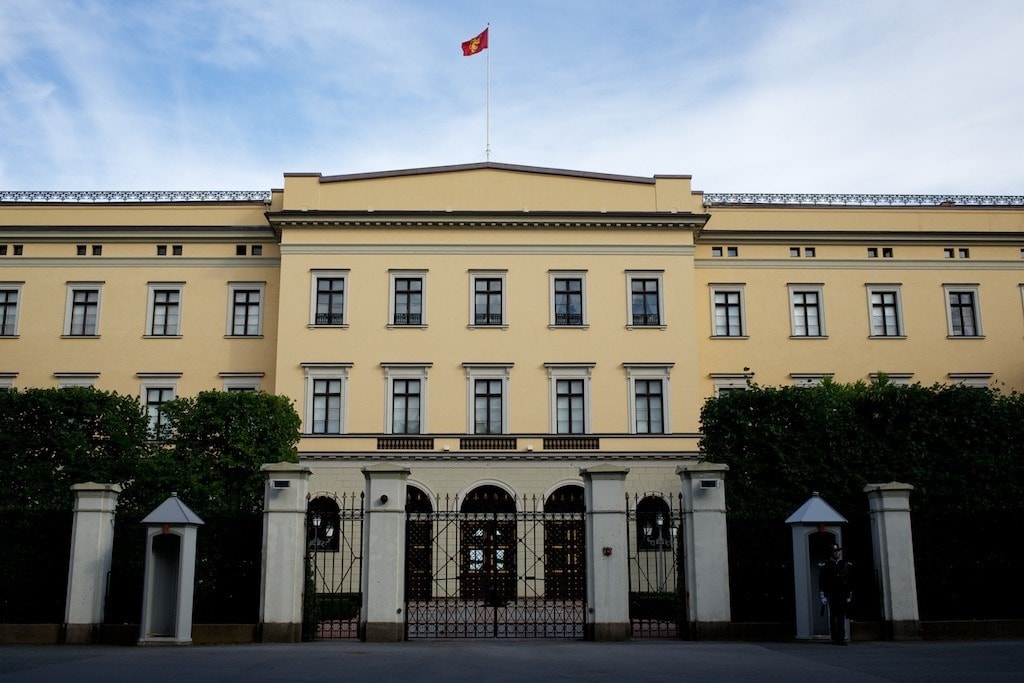 We started our Oslo adventures the classic way… by train! We got on the Bergen-Oslo line early in the morning and loved watching the fjords and mountains pass us by. I couldn’t keep my eyes off the mist swirling around in the first hour or so of the ride, but the real highlight was our unexpected and unannounced stop a couple of hours in. After waiting for a few minutes with no announcement, I realized that the door to our car was just standing open, so I hopped out of my seat and off the train to see what was up. Lo and behold, I found the conductor and the driver hard at work at the front of the train…. trying to get some sheep off the tracks who just didn’t want to go anywhere! It was quite amusing and when we finally did get going again, even the conductor didn’t seem to be able to explain what had happened without laughing a bit.

Once we got to Oslo, we checked into our AirBNB apartment close to the station before wandering around the city and up to the Vigeland Sculpture Park. We didn’t have any particular plans for dinner, so we decided to go to Grünerløkka – the hip(ster) part of town – to find food. We toyed with having Mexican food (3 weeks and counting without), but ended up at a 50s-era American diner of all places!

On our only full day in Oslo, our top priority was to find Norwegian wool blankets, particularly made by Røros Tweed. We scoped out a few shops and ended up at the simply named Norway Designs which stocked just about every possible variation. After dropping the two blankets (you can’t have just one) back at our apartment, we boarded the ferry for Bygdøy, the museum island (peninsula really). We then took full advantage of the Oslo pass and visited the Norsk Folkemuseum, Vikingskipshuset (viking ship museum), Kon Tiki museum, and the Fram museum. Lots of museums. And there were still more! Somewhere throughout this long day, Max got sick. Too many museums makes for a sick Max.

With Max super sick, we didn’t do much on our last morning other than have breakfast and pack. Kristan managed to get to the National Gallery for the first half of the Munch 150 exhibit (not one but TWO versions of the Scream!), after which she hustled over to the old fortress for a glimpse of its glory before we had to head to the airport. As it turns out, Max did much the same thing right about then, having run over to the Opera House because he didn’t want to leave without seeing it either!