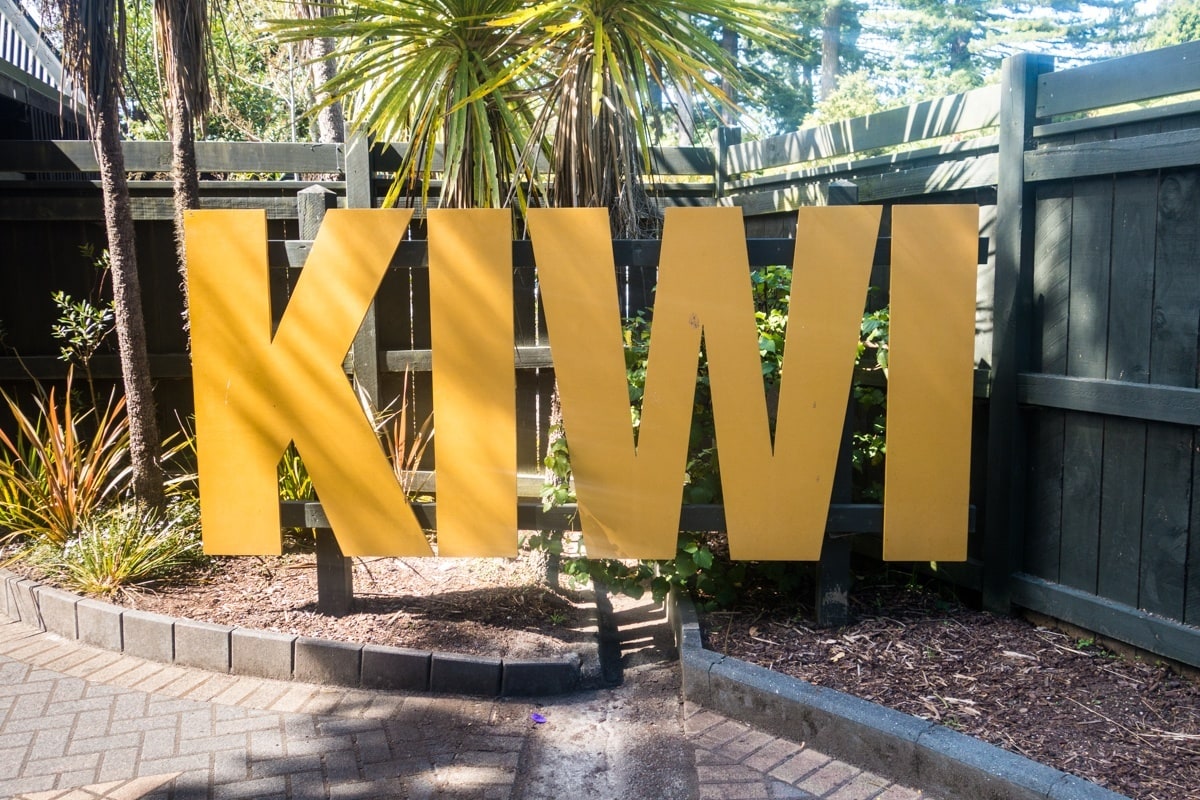 So we were sitting in Burgerfuel devouring our vege-burgers and we realized it was time to start talking about names. We wouldn’t want to pick something weird, like Frank. Names are important after all.

Because, ladies and gentlemen, there’s a new Sartor in town… or rather, there will be soon.

Please join us in giving a warm welcome to…..

That’s right, we are officially the proud and happy sponsors of a yet-to-be-hatched kiwi!

Before we re-fueled with burgers, we had spent the morning at Kiwi Encounter at Rainbow Springs, taking a behind-the-scenes tour of Operation Nest Egg. The fine folks at Kiwi Encounter are helping to save the kiwi by unobtrusively collecting kiwi eggs from their nests, helping them to hatch and grow strong in a special predator-free creche, and then returning each kiwi to the area its egg was laid in so that it can live a full and natural life. This is super important, because only 5% of kiwi eggs left in the wild grow to adulthood, while 70% of the eggs protected through Operation Nest Egg do. Without programs like this, kiwi could very likely already be extinct. As it is, a population that was in the millions in the beginning of the 20th century is now in the thousands. After seeing a newborn kiwi chick being weighed and watching two adults in the nocturnal house for what felt like hours because they were just so interesting, we both felt we wanted to do something to help.

What we decided upon was to make a $1000NZ donation to sponsor and name a kiwi chick. Kiwi Encounter has six eggs that are likely to hatch in the next two weeks and the first one that does will be named Sartor! The staff at Kiwi Encounter were thrilled to get the donation – unfortunately it seems like not too many people who come through make such donations – and since one of the chicks, Puha, was due for its daily weigh-in, they were kind enough to let us look closely. Very special! Almost no-one gets to be that close to a kiwi and we were grinning like madmen the whole time. (And Kristan woke up mumbling about Puha the next day.)

Kiwi are really amazing, unique creatures – their body temperature and bone structure are more like a mammal’s than a bird’s, their nostrils are at the end of their beak unlike other birds’, and the egg the female lays can be up to 30% of her weight. (For comparison, imagine if we humans had 40 pound babies….) We think they are very special and worth helping to keep around!

Since each chick costs $3-4000NZ to help protect at Kiwi Encounter, we wanted to let everyone know that if you’d also like to sponsor our kiwi chick Sartor, you can do so here. The US dollar is really strong right now, so your donation will go far — $50NZ is only $33US! If you decide to join us in supporting the health and safety of our kiwi (and we hope you will), just mention on the donation form’s comments that you’d like to sponsor the chick named Sartor and you should get a photo and other updates on its progress.