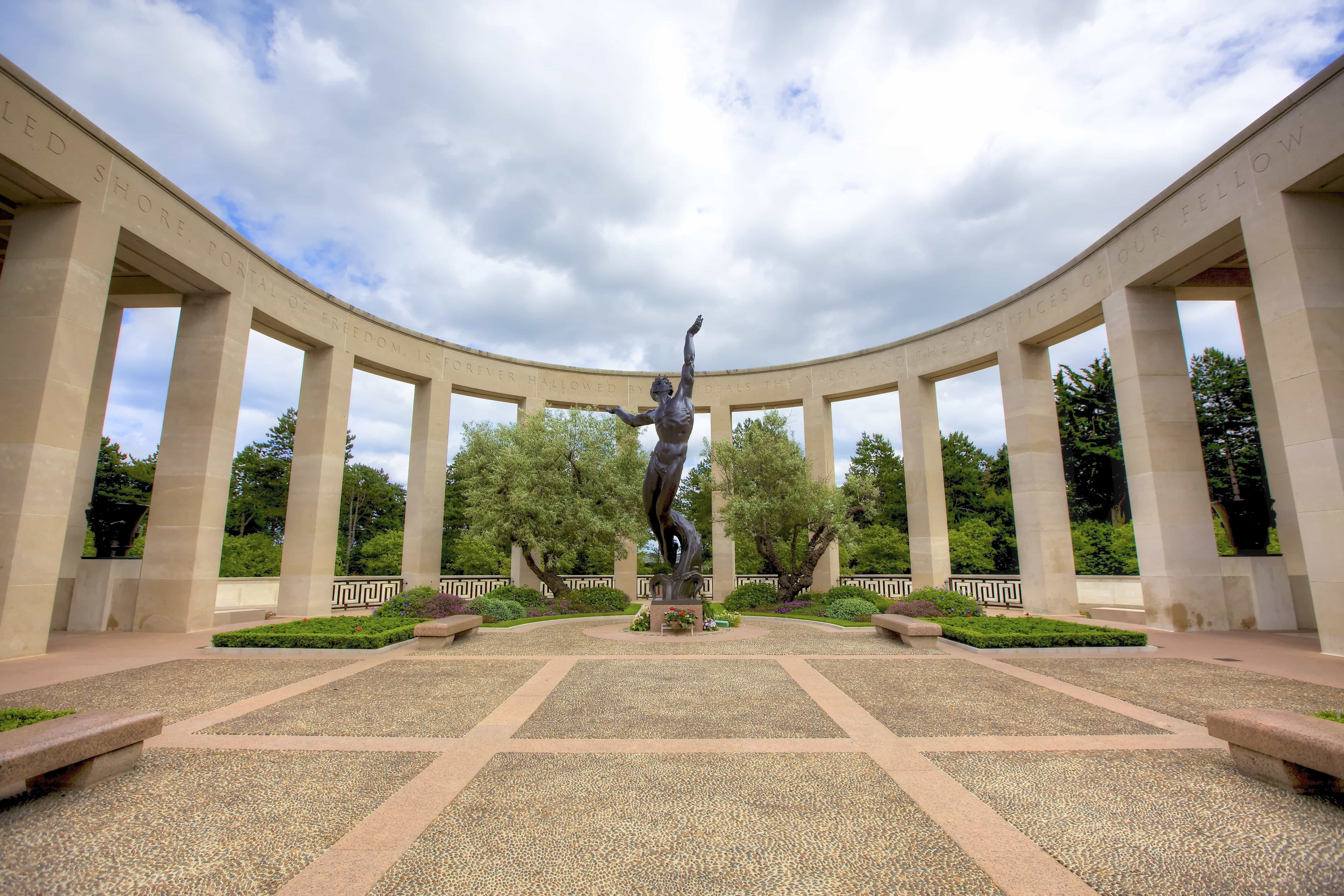 A quick update. Today we used our rail passes to go on a day trip to Normandy. We started in Bayeaux, intending to take the bus to Omaha Beach and the American Cemetery, but the buses weren’t running because it’s a Catholic holiday. Instead we visited the British Cemetery and the Memorial Museum of the Battle of Normandy. Very interesting stuff – we spent over two hours there.

Then we went to lunch and happened to sit next to four people from San Francisco! It was awesome and we had fun joking around with them. The food was good too and we had a bottle of cider to go with it, since it’s a Normandy specialty. When we went to pay we were pleasantly surprised to find that our new friends had paid for us!! It was really nice of them. They said that when they were our age and in Europe people had bought them lunch and so now they were passing it forward and instructed us to do the same when we get to that point in life. So sweet!

Then we went and saw the Bayeaux Tapestry, which is almost 70 meters long, almost 1000 years old and incredibly detailed in its telling of the 1066 Battle of Hastings in England by William the Conquerer. I thought it was super cool; Max not so much.

A short hop to Caen found us in search of anything to do or eat, but the holiday had most things closed and we didn’t see much that interested us anyway. We ended up drinking more cider and eating macarons by the river while waiting for the train.

All in all, a good day. Tomorrow we head to Geneva!