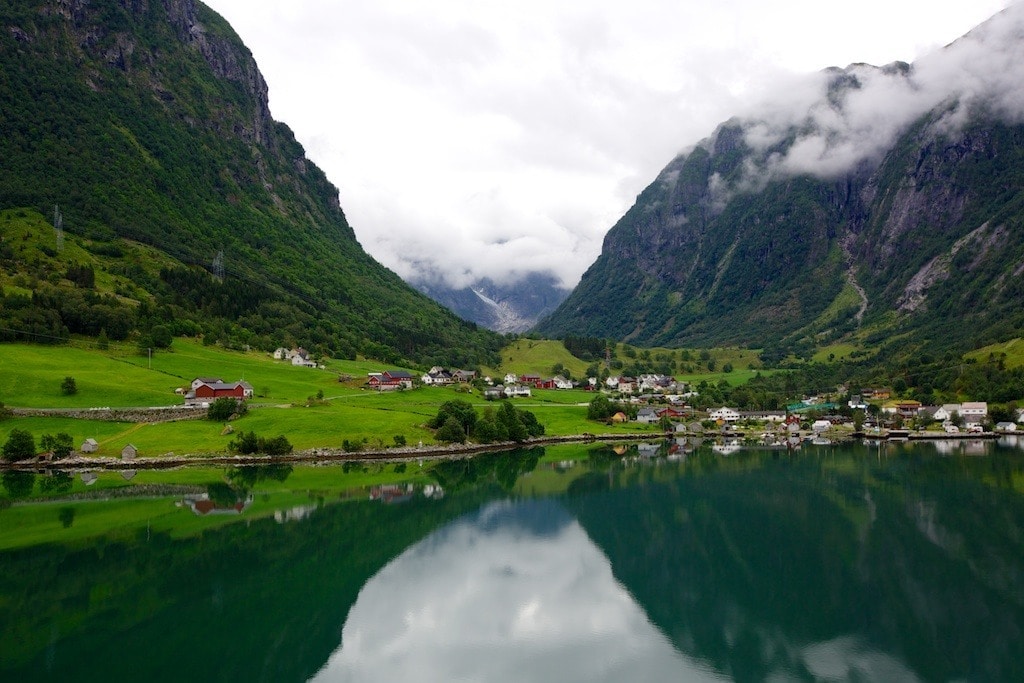 Fun story – we weren’t actually supposed to go here, and instead planned to go to Eidfjord. However, a new bridge was built across the fjord, and Holland America wasn’t actually sure if the cruise ship would fit underneath. Pretty crucial detail, so we went to Haugesund instead. Lovely, lively, Haugesund.

After a morning of fish-filled bloody marys, scenic cruising through Hardangerfjord and waterfall-spotting, we arrived in Haugesund to explore the city. We walked the main streets, did some blanket price scouting, and decided to walk the supposed 15 minutes to Haraldshaugen, “Norway’s National Monument”. Our map from the tourist bureau showed the route we should take, and like trusting tourists, we did exactly that. We passed a lovely swimming area, stuck our feet in, and then were a bit confused where the trail went from there. Our options were to backtrack through the city, or start down a unmarked trail in the woods. So clearly we went for the unmarked trail in the woods. Which turned out to be dark, muddy, and perhaps a terrible idea.

We made it through the woods – realizing we were still in fact following the suggested route – and finally found the somewhat underwhelming monument. After saying “Yep, we saw that”, we headed back to the ship via our own, completely paved, route home. We had to save up our off-roading for tomorrow’s hike after all.

bloody marys are not good with fishcanon5dfjords!haugesund tourist office is super nice but really should stop sending people on unmarked muddy trails to get to the national monument when there's a perfectly good pedestrian path through townhuge waterfallnorway!!tags should be more than 200 charactersyes-today is long winded tag day
Comments