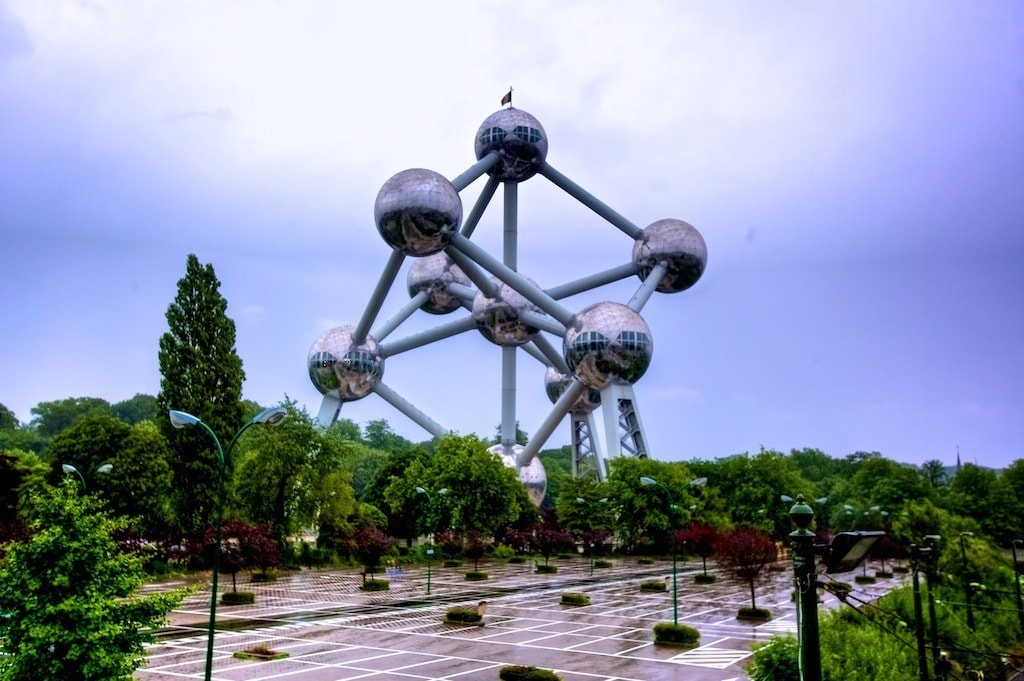 We spent an awesome day in Bruges – wandering around, eating fries and chocolate, touring the brewery…. We rented a tandem bike after our beers, which may have been the wrong order as we struggled a bit to coordinate! (And made the laughable decision to chuck the bike over the canal when our path was blocked by construction instead of just turning around… so glad that worked!)

Unfortunately Kristan got a headache on the train to Brussels. It was really bad by the time we got to the hotel so she took a shower to make her feel better… and promptly slipped, fell backwards, and smashed her head against the wall. Turns out the headache was nothing comparatively! It hurt so, so bad, and when she started feeling dizzy and nauseated we went to the hospital. A little vomiting, a CAT scan, and a couple of Dutch and French speaking doctors later, we had confirmed that it was just a concussion and not something more serious. Kristan got a couple of strong Tylenol and instructions to go home and sleep. I ate two bites of apple for dinner and then was out like a light. In reality she probably had it easier than Max — he was so worried all night! The next morning Kristan was a little tired but we still managed to get out and about! The cool thing is that even without insurance, the visit to Emergency with a cat scan only cost about 260 euros – less than $400!! Great system. We should import it.

We did actually manage to have a good time in Brussels – saw some of the EU buildings, had more chocolate and Max had more beer and toured the Comic Strip Center – so all’s well that ends well. Plus, hilarious story!

canon5dchocolate and beer and bikes oh my!concussionsmust climb to the toptake two advil and walk slowly in the morningthe belgian healthcare system is amazing
Comments