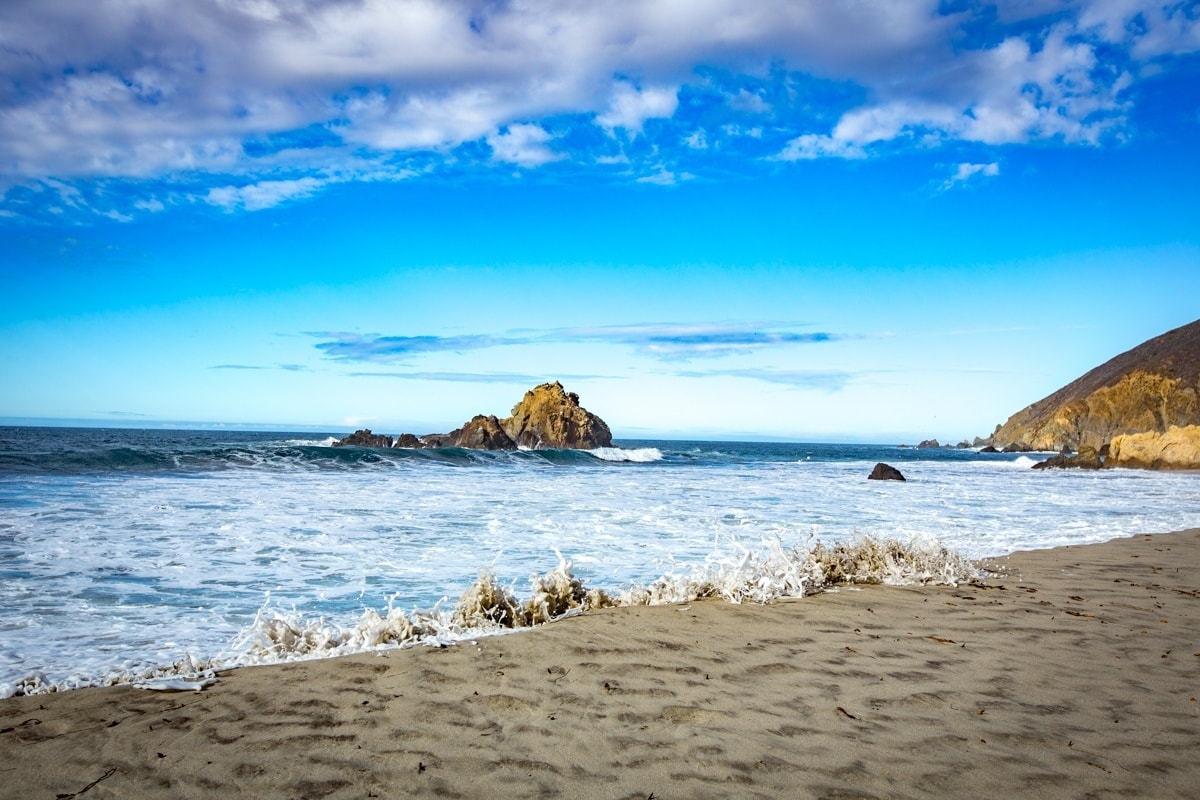 Six months ago we woke up early and frantically refreshed the Reserve America website in an attempt to snag a couple of nights at the coveted site 1 at Julia Pfeiffer Burns State Park in Big Sur. We didn’t get it, but we did get site 2 for two random nights in October! We were very excited to see how they lived up to the hype.

As it turns out, the sites are right on top of each other, so there’s not a whole lot of difference between the two, except that site 1 is above the cove McWay Falls fall into, with a view of a big rock and a limited ocean view, while site 2 has a limited ocean view and a great view of site 1, making you constantly look at and long for site 1. All you can hear at both are the waves as you sit under your pretty trees and drink your requisite camp coffee/beer/whiskey. (And if on the second night, after most of a bottle of wine and a cider and a beer, you decide to move the picnic table so it’s facing the fire pit, the ocean, and the hillside instead of the other campsite and pit toilets, site 2 has an excellent view!)

We had a couple of great fires and decided to up our camp cooking game a little by making fresh ramen with soft boiled eggs and miso sweet potatoes the first night. The sweet potatoes were killer, but the ramen was a bit of a miss. (Too much miso, the new-to-us ramen noodles had an unexpected taste.) We got back on track with our camp classic the next night though – baked beans and veggie sausage, with fire-steamed asparagus because vegetables.

Would we do it again? Yes, because McWay Falls is right around the corner and the cove is super pretty, but it wasn’t so incredible that we’ll stop exploring other parks and having new adventures elsewhere!