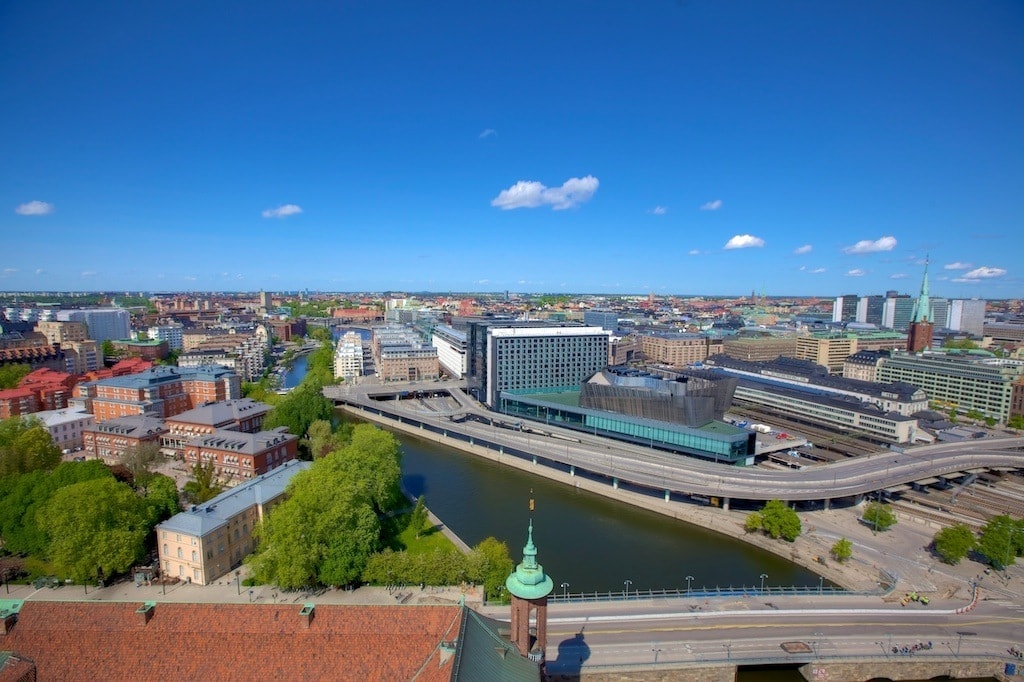 Just a quick update about our adventures. We arrived in Stockholm on Tuesday evening and are staying in a little apartment through Airbnb. It’s nice to have a real kitchen and bathroom! We went shopping and made dinner “at home” before just hanging out and listening to music. London was a little exhausting!

Yesterday was our first full day here. We made breakfast, then walked to City Hall two blocks away. This is a City Hall like none other. I couldn’t believe how amazing it was. I don’t think I could have picked a better view for my first real look at Stockholm. (Amusing anecdote: they built it to be one meter taller than Copenhagen’s City Hall – a little friendly rivalry, ha!) Pictures coming soon.

We got a bike pass so we can rent bikes at any of many bike stations throughout the city, then biked to Djurgården, one of the islands that makes up the city. It used to be where one of the old kings hunted deer, hence the name. After a bike ride all around and some water in front of the Biologiska Museet (Stuffed Animal Museum – but not the kind you want), we went to Östermalm, an area with lots of cool shops and restaurants. We got lunch from the Saluhall, which has a bunch of vendors and stalls like Vancouver’s Granville Island or Seattle’s Pike Place. It wasn’t too dissimilar from the Ferry Building in SF, either. We ate lunch in the courtyard of a church and then rested awhile there.

One of the highlights of the city is supposed to be the Modern Art Museum, the Moderna Museet, so we went there next and checked out the Architecture Museum in the same building while we were there. (Yay for student discounts!) Not bad, but also not mindblowing.

Then we walked to Södermalm, where we met up with Gail and Darryl (Max’s mom and her hubby) and had dinner at a really funny Thai place that was decorated like crazy. Lots of twinkle lights and bright colors and dim lighting and an almost tiki bar atmosphere. Good food!

Max and I biked around a little bit more – it stayed light out until after 10pm – and then crashed.