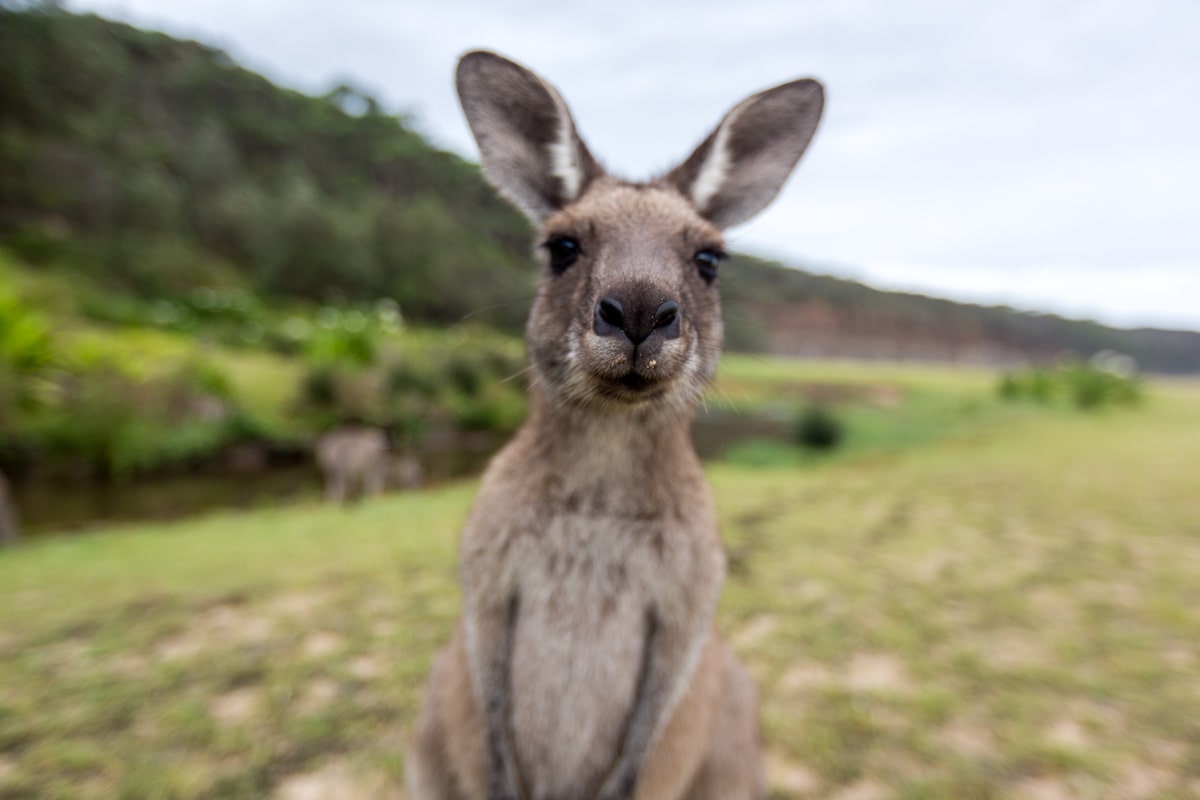 We spent our last week in Australia exploring the great states of Victoria and New South Wales in our trusty vehicle, Bandicoot. We started with a sometimes lovely but mostly just long drive from Sydney Airport to Melbourne on New Year’s Day. The most memorable part of the drive was our lunch stop at Oliver’s, a healthy fast food chain where they ask you “Want beans with that?” and then serve you steamed green beans instead of fries. We arrived in Melbourne very late but unlike New Zealand even on New Year’s Day it is a city that stays up late – we sat down to dinner at 10:30pm and were hardly the last people to arrive!

We had a lot of fun just wandering around Melbourne and seeing how many amazing foodie experiences we could pack in. We were a little foiled by the holidays – several of the places we wanted to visit were closed until the 6th, but we still managed to go to more notable spots than pretty much all of the rest of our time in Australia combined. Highlights: coffee and breakfast at Seven Seeds, Taiwanese lemon ice jelly at Dessert Shop in Chinatown, zucchini dumplings and beer at a hole-in-the-wall in one of the alleys known as “laneways”, cocktails at the Black Pearl and the Attic, and the best veggie burger ever at Rooftop Cinema (one of Melbourne’s many rooftop bars). We also really enjoyed the Andy Warhol / Ai Weiwei exhibit at the National Gallery of Victoria – one of the best we’ve ever seen!

Our most unexpectedly awesome stop of the trip was Brightbird Espresso in Warnambool, where we had yet another amazing avocado toast and shakshuka with a couple of great flat whites. Unfortunately it was followed up by the most unexpectedly lame part of the trip, our drive along the Great Ocean Road. Imagine driving from San Francisco to Big Sur, but being inland most of the time, and then when you finally do get to the coast, there’s just one impressive stop and there are 1000+ other tourists there. Add in really aggressive flies who swarm your face constantly and that pretty much describes our experience.

By the time we got to our next stop, Wilsons Promontory National Park, we were both feeling worn out and a little frustrated by our past selves for planning on such long drives for (apparently) not much of a return at all. Sydney to Melbourne was about 9 hours, then to the Great Ocean Road and back was another 9, plus 3 to get to Foster outside of Wilsons. Too much driving in two out of four days! Exhibit A: Thankfully Wilsons was a great reprieve. The park has just one road in and as you make your way down the peninsula the scenery goes from dry scrubland to “big” granite mountains overlooking wide valleys to lush rainforests overlooking perfect beaches. We pulled off for the “wildlife walk” and found ourselves squealing with delight at our first two kangaroos. (Little did we know….) A great, blessedly unpopular rainforest hike later and we were back on the road again.

Our next major stop was Murramarang National Park. Kristan had read that you could see kangaroos on the beach in Murramarang and Max was so excited by that possibility that rather than checking into our hotel he drove us straight to Pretty Beach. We did in fact find a pretty beach but were sad not to see any kangaroos. We had tried to find koalas earlier in the day with no success so no kangaroos was something of a double whammy.

We walked around a little and then realized there were a couple of people standing a little ways back from the waves looking at something. You can guess what they were looking at.

Turns out that not only are there definitely kangaroos on Pretty Beach (we were just blind, they’re everywhere), they are also totally unafraid of humans. You can stand there for an hour taking pictures and they’ll even HOP RIGHT UP TO YOU. (We have proven this to be true.) Pretty sure Max’s kangaroo meter went through the roof on that beach.

This was our second to last night in Australia and we were so glad the trip was ending on a high note. After the depressing amount of driving the past few days and a few not-so-great stops, seeing all the kangaroos and having a nice bed and the most relaxing dinner along the waterfront was just perfect.

We went on two more kangaroo expeditions the next day as well as stopped at our one and only Australian winery, Two Figs. It was perfectly placed on top of a hill overlooking a river valley. Everything was lovely and somehow we ended up with yet another bottle (of bubbly) to take home with us, plus one for right then. We spent our last evening packing, getting dinner and enjoying our Australian white blend and our last New Zealand Sauvignon Blanc. (Since the wine industries here have fully embraced the screw top – we only saw one cork the whole time – it was easy to take a few days to finish something even when moving around as much as we did.)

Diggies in Wollongong was just about the best place we could have imagined for spending our last couple of hours in Australia. It’s right on the beach and you can sit inside along a long window that completely opens up so there’s nothing between you and the surfers. We had great coffee, great food, and a great passionfruit mimosa, lingering so long we were actually a little concerned we wouldn’t make it back to the car rental agency in time. But even taking the scenic route through Royal National Park (the second oldest in the world!) didn’t upset our timing too much and, 2,906 kilometers later, we were back at Sydney Airport and ready to go home!