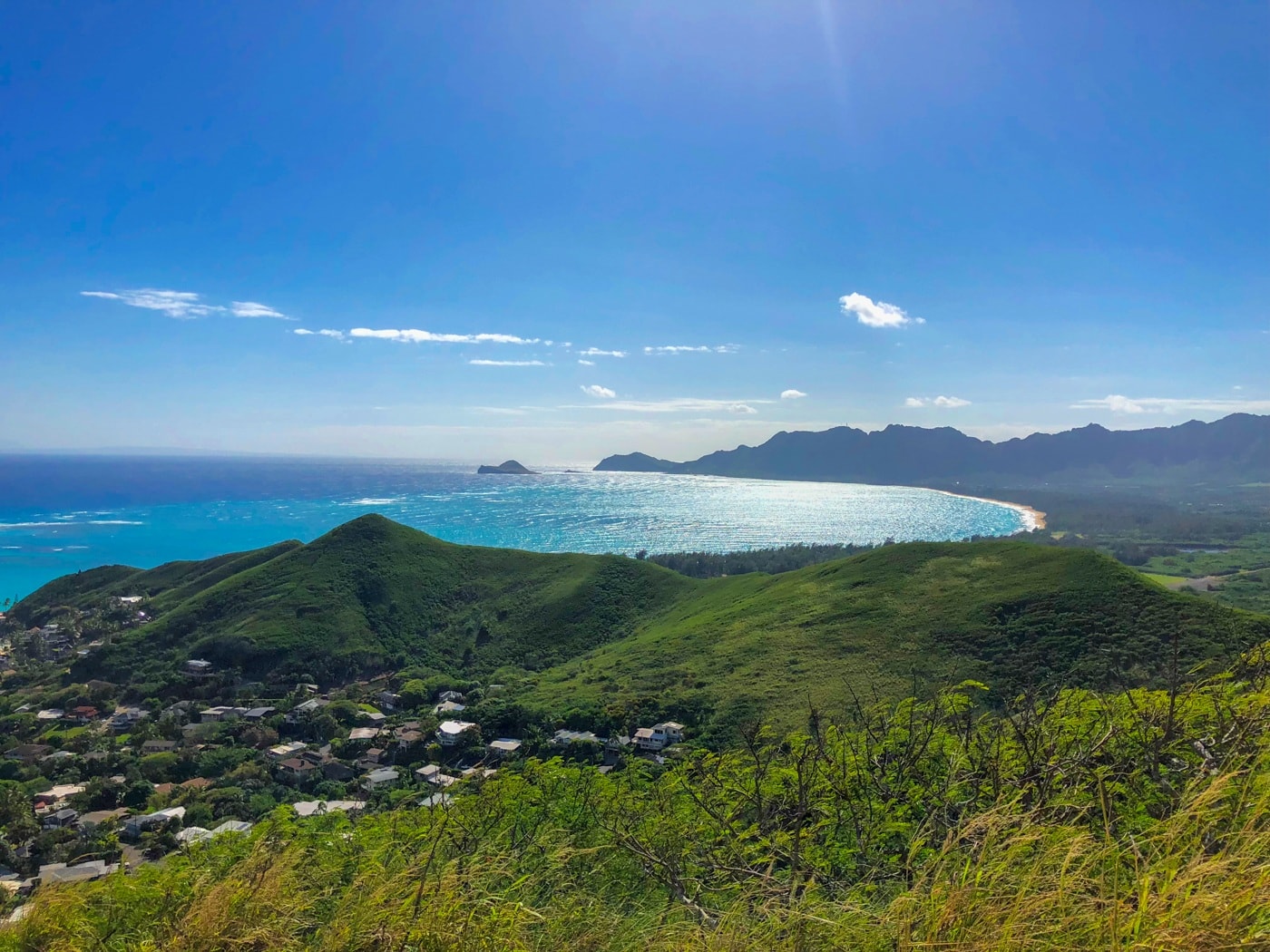 Somewhere around week 12 of our renovation, we decided we needed a vacation, one that we could really look forward to as we powered through the last month of painting and punchlists and moving. So we decided, just in our heads of course because who has time to book a vacation while renovating, that we were going to Hawai’i the first week of December. Thankfully our heads are pretty good at booking a vacation just a couple of weeks before we want to go!

We spent our first few days in Kailua on Elisse and Scott’s advice. We went on a few fun walks, hung out at the beach, drank some beer… very chill! We also went on a couple of road trips adventures, first a dive and snorkel adventure that was way too cold, but somehow we ended up seeing Mickey later so it was worth it, and then a drive around the whole island complete with a rum distillery, a pineapple plantation and some North Shore food trucks! But east, west, the beach is best.

We were amped to get to Honolulu and start eatin- I mean, exploring. The food scene in Honolulu is incredible. (And yet the tiki scene is pretty lame, presumably because they don’t have a need to escape…. La Mariana Sailing Club is beautiful at least….) In retrospect it seems like most of what we did was eat, wait to eat, or think about eating. We still managed to have some good nature time at Manoa Falls and at Waikiki Beach.

Somehow, earlier in the trip, the relaxing nature of Kailua lulled Max into a false sense of security and allowed him to be persuaded into signing up for the Honolulu Marathon 10K. Unfortunately for him, the 5am start time meant we had to get up before 4am and there was a decided lack of beer at our 6:15am finish. But there were fireworks and hot malasadas (a donut-esque pastry of Portuguese extraction) fresh from the fryer! Who could resist that?! (Editor’s note: Max. Max could resist that. Max will resist that in the future.) We started with the 25,000+ marathoners (45% from Japan!) and got to run around downtown and along Waikiki in the dark, so it was still a fun adventure!

You know it was all such a fun adventure, it’s probably time to go back.