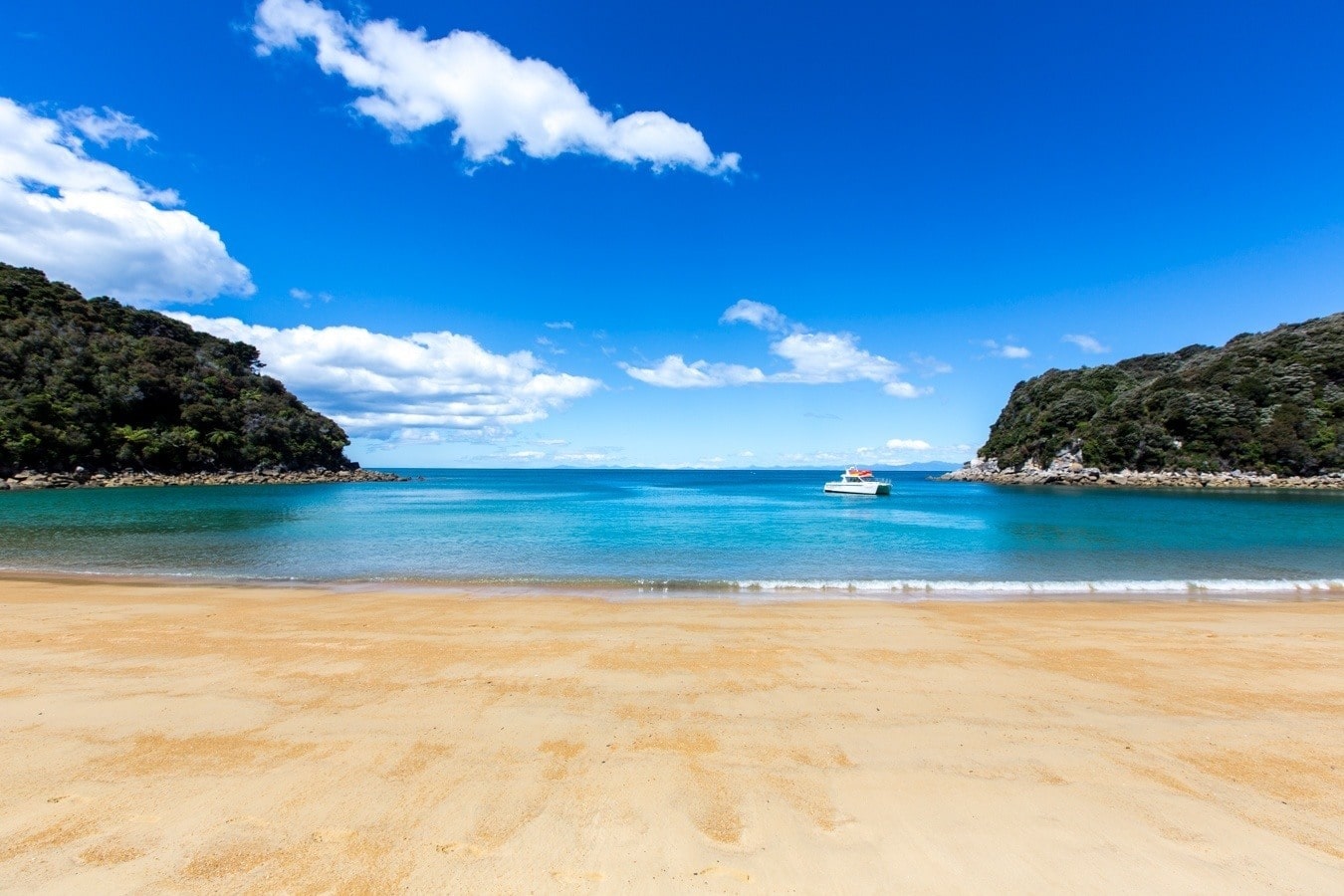 As much as we love the comforts of good food and coffee, what we crave when on holiday are dramatic landscapes more full of animals than humans… so spending most of our trip on New Zealand’s South Island was an obvious choice. We flew in from Napier to Nelson, a thriving city that is also one of New Zealand’s most isolated, since it is surrounded by several national parks and thus driving to other cities takes a few hours. In Nelson we had some beer and some bibimbap before heading to our B&B about 30 minutes out of the city.

The Waters was perched on the 50 foot or so cliffs of the Kina Peninsula, directly over the ocean, and as we relaxed in our sitting area we could watch the sunset and hear the waves crashing below us. (Apparently New Zealand has one of the world’s greatest tidal surges, a fact which kept our Austrian neighbor up at night because she could hear the waves and thought we were going to be swept away.) Rain our second day led us to postpone our boating plans and instead just explore the area around Motueka, which was full of hops and wineries. (We of course went to two.) It had been awhile since we’d been able to just relax, so instead of going out for dinner we got Indian takeaway, watched the sunset, and went for a walk on the beach. We loved our time there!

We spent the next day exploring Abel Tasman National Park by boat – the wind was brisk but the rain had mostly left so the day was quite beautiful. We got to take pictures of New Zealand’s “most photographed rock” (honestly it sounded like that was why we visited it, not because it’s a cool rock but because of this meta status of being the most photographed rock and we had to make sure it kept the title?), hear the birds on predator-free Adele Island, kayak near Tonga Island and see the fur seals and their pups, and go for a tramp around Pitt Head above Te Pukatea Bay. Pretty much the best Abel Tasman day trip (as advertised)!