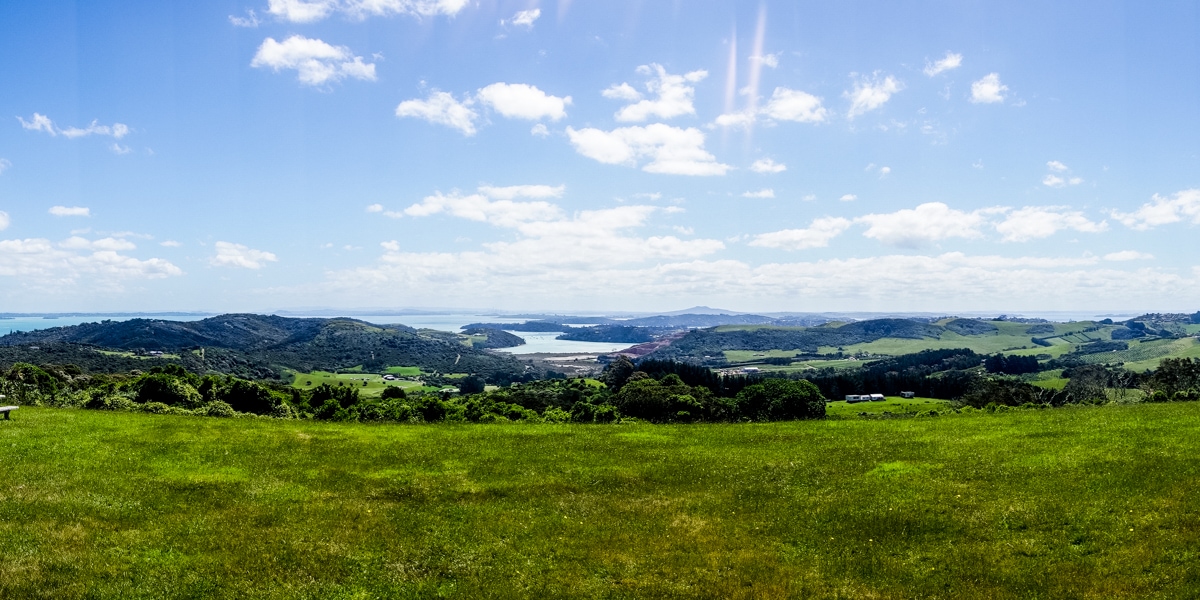 Our grand adventure has begun! We’ve got three weeks in New Zealand and we’re hoping to make them count. We had three nights in Auckland, since we predicted that the first night we’d just collapse in bed, the second night we’d actually have seen the city, and the third night we’d need after a long day exploring Waiheke Island. (All of these came true.)

We started our sightseeing day with the best flat white ever and the muffin that wouldn’t quit at DomainAyr, right next to Auckland Domain, a large lovely park in the middle of the city. We wandered through the park’s gardens and perused the exhibits at the War Memorial Museum. It being the centennial of World War I, they had collaborated with local high school students on a special project to recreate Gallipoli in Minecraft. Very interesting to see it from new perspectives, including the Kiwi take on the war itself. We spent the rest of the day meandering all around the city and occasionally up into the sky. (Hello, SkyTower!)

For our adventure on Waiheke Island, Max had the brilliant idea that instead of bikes, we should rent scooters — leading us to fulfill our mutual lifelong dream of tooling around an island on scooters. And it wasn’t just beautiful beaches and incredible vistas — there was wine everywhere and we had three really killer stops at Peacock Sky (got week 38’s bubbly there!), Te Whau, and Batch.

We had struggled a little bit to have dinner the previous night, as everything was either packed because it was Friday night or no longer serving food. Although we found really great falafel at midnight, Kristan kinda had her heart set on amazing Japanese food in Auckland. So when we realized that Masu, the hip restaurant 5 minutes away from our hotel, had two seats open at the bar, we figured we at least need to get cocktails. Cocktails turned into snacks, which turned into larger plates from the robata grill, which turned into another round of drinks, which turned into dessert. Shiro miso pavlova = SO GOOD. Seriously this was a Top Ten food experience. (We did actually make a list, and it was in our top 5, ever.)

So between scooters on Waiheke and Masu on the “mainland”, our adventure is off to a great start!

bubblycanon5dmust climb to the topnever forget mr. falafelscooterssee all the thingsthe only way to be on an islandwe are foodies
Comments